New Zealand, destination Paris, with a stopover in Cali. 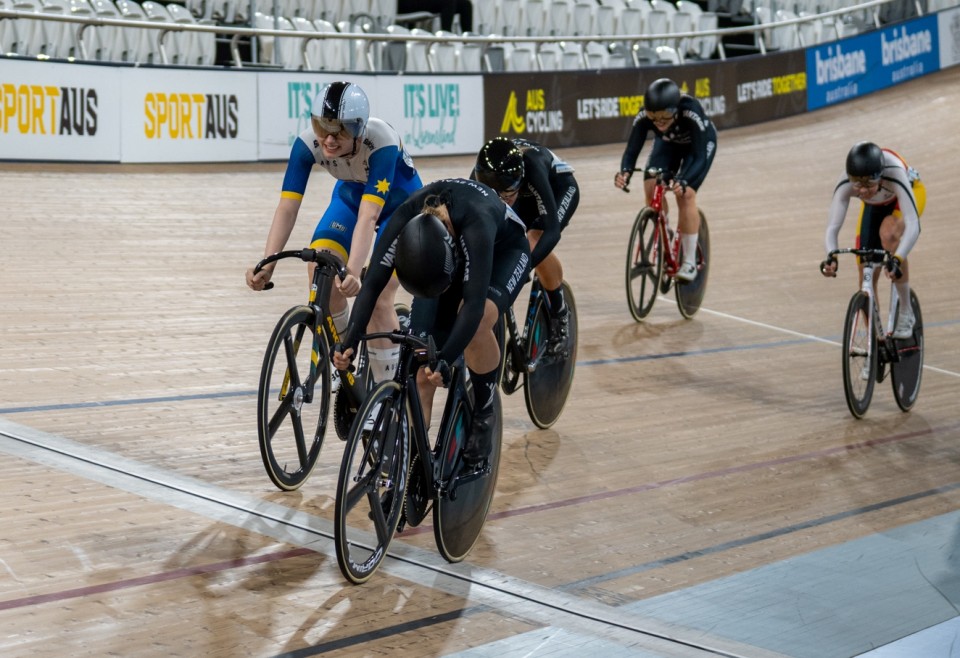 The New Zealand team has a new coaching staff.

Next Sunday, the accreditation requests for the Media of Cali and Valle del Cauca will be closed.

New Zealand is the first country to file its nominal registration to be present in the third valid of the Track Cycling Nations Cup which is held at the Alcides Nieto Patiño Velodrome in Cali from July 7 to 10.

The “Kiwi” delegation is made up of five women and two men, who will be guided by their new coaches, the British Paul Manning and the New Zealander Nick Flayer, both incorporated this season.

Manning, who will guide the women’s middle-distance teams, was an Olympic gold medalist at Beijing 2008 as part of the team pursuit with Geraint Thomas, Edward Clancy and Bradley Wiggins. He was also bronze at Sydney 2000 and silver at Athens 2004.

The New Zealand women’s team will be led by the Olympic medalist Ellese Andrews, 22 years old, silver in the Keirin modality of the last Tokyo 2020 Olympic Games. Her father, Jon Andrews participated in the Barcelona 92 ​​Olympic Games and was a double medalist in bronze in the games of the Commonwealth (British Community).

Ellese also adds two gold medals to her record at the Junior World Championships held at the Izu Velodrome in Japan.

Michaela Drummont, 24 years old, double bronze medalist in the Team Pursuit at the World Championships in Hong Kong 2017 and Pruszkow, Poland, in 2019. She recently ran the Vuelta a Burgos with her professional team BePink.

Sami Donnelly, 20 years old, alternates the track with the route. She was the junior champion of her country in the road event in 2017. She was already part of the elite New Zealand team in the Team Pursuit.

Two top-level athletes are part of the men’s team, highlighting the name of Sam Webster, born in Auckland 30 years ago, he is an old acquaintance of the Cali fans with several participations in World Cups and a gold medal in the Elite World Championship 2014 with the Speed ​​team.

In that same modality, he won a silver medal at the 2016 Rio Olympics accompanying Ethan Mitchell and Edward Dawkins. In his history of world championships there are three gold medals, two silver and one bronze, all in team speed.

Sam Dakin, born in Auckland in 1966, is a notable Olympic sprinter who has managed to alternate his sports career with the academy, graduating with a Bachelor of Business Analysis with a specialization in finance.

He was selected to the New Zealand Olympic team for the Tokyo 2020 Olympics competing in the Team Sprint joining three-time world champions and Rio 2016 silver medalists Ethan Mitchell and Sam Webster. In recent years he has achieved 2 Oceania titles and 11 national road and track titles, including 3 New Zealand records.

The Media of Cali and Valle del Cauca are reminded that the deadline to request their press accreditation expires next Sunday, June 12 at 12:00 at night. Once this period is closed, we will give priority one more week to requests from national media exclusively, that is, until June 19.

Previous Post
TISSOT UCI Nations Cup presented its official poster.
Next Post
39 countries from the 5 continents were officially registered for the Nations Cup in Cali.