MATHILDE GROSS OF FRANCE BREAK THE RECORD OF THE CALI TRACK, FOR THE 200 METERS LAUNCHED. 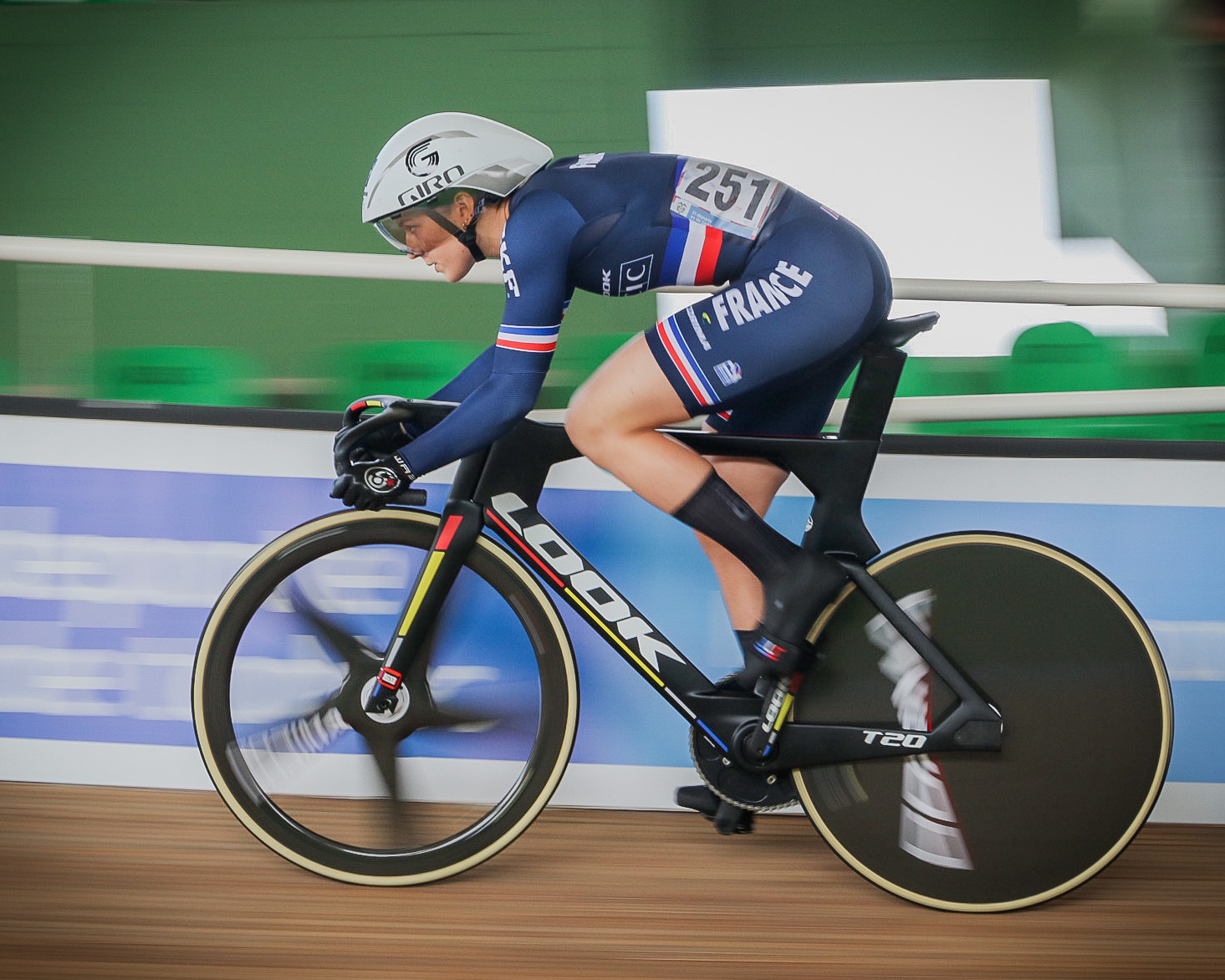 THE FRENCH EXCEEDED THE RECORD SET BY COLOMBIAN MARTHA BAYONA IN THE 2022 BOLIVARIAN GAMES.

THE 5 FINALS SCHEDULED FOR TODAY WILL BE PLAYED IN THE AFTERNOON.

MARTHA BAYONA IN INDIVIDUAL SPEED WILL LOOK FOR A PLACE IN THE FINAL.

SANTIAGO RAMÍREZ AND CRISTIAN ORTEGA FROM COLOMBIA WILL BE IN THE FINAL OF THE KILOMETER.

COLOMBIAN MARIANA HERRERA WILL PARTICIPATE IN THE LADIES ELIMINATION FINAL, WHILE JORDAN PARRA WILL RUN IN THE MEN.

The second day of competitions of the UCI TISSOT Cali 2022 Nations Cup began with the great sprinters of the participating delegations, and as expected, the big news appeared. In the women’s 200 meter throw (Speed ​​Classification), the highlight was the performance of Frenchwoman Mathilde Gross, who set a time of 10 seconds 556 thousandths, beating the record on the Cali track, set by Colombian Martha Bayona (10 seconds 574 thousandths), on July 2, at the 2022 Bolivarian Games.

The French placed for the first 100 meters of the test 5 seconds 302 thousandths, doing the total route at an average speed of 68,143 kilometers per hour

Subsequently, the Kilometer Time Trial was run, with the participation of 22 cyclists, making their way to the final the first 8 times, in the group of finalists for the medal dispute at 6 in the afternoon, are the Colombians Santiago Ramírez (59,838) and Cristian Ortega (1:00,994). The best time of the morning was placed by the German Maximilian Dornbach, registering 59 seconds 185 thousandths.

Likewise, the classification of the Ladies Individual Pursuit was met, in which the Colombian Serika Gulumá ranked sixth with 3 minutes 43 seconds 992 thousandths. The Italian Letizia Paternoster, world champion of the distance stopped the stopwatches in 3:27.342.

The semifinal of the Women’s Individual Speed ​​will be played by Mathilde Gross from France against Laurine van Riessen from the Netherlands, Martha Bayona from Colombia against Ellesse Andrews from New Zealand, those who win 2 of 3 heats will go to the final.

Previous Post
CALI VIBRATED AGAIN WITH THE CUP OF NATIONS ON TRACK
Next Post
DEFINED THE SEMIFINALISTS OF THE MEN’S SPEED.

DEFINED THE SEMIFINALISTS OF THE MEN’S SPEED.
CALI VIBRATED AGAIN WITH THE CUP OF NATIONS ON TRACK
CYCLISTS FROM 21 COUNTRIES AND 2 PROFESSIONAL TEAMS ALREADY TRAIN AT THE CALI TRACK.
Menu