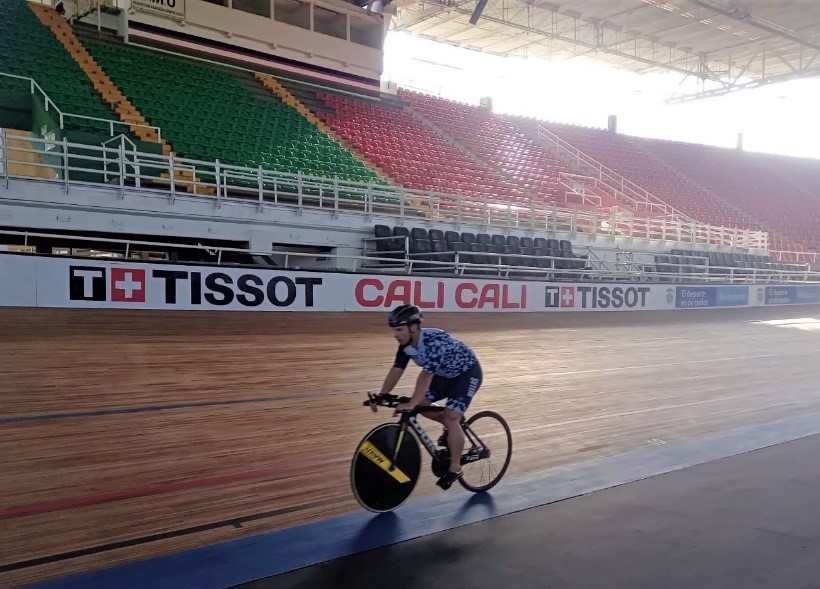 CRISTOS VOLIKAKIS, OLD KNOWN TO THE CALIFORNIA FANS, BECOMES THE FIRST ATHLETE TO RIDE ON THE TRACK OF THE CAPITAL OF VALLECAUCANA.

LAST NIGHT THE FIRST PART OF THE CHINESE DELEGATION ARRIVED IN CALI, WHICH IN TOTAL MAKES UP 49 PEOPLE.

THE SPANISH DELEGATION WILL ARRIVE ON FRIDAY.

With the arrival in Cali of the first delegations, the cycling atmosphere begins to be fully experienced on the occasion of the 2022 UCI TISSOT Nations Cup, which will take place from July 7 to 10 at the Alcides Nieto Patiño velodrome.

The first flag raised in Cali was that of Greece, when sprinter Khristos Volikakis arrived in the city, an old acquaintance of Cali fans, taking into account that for several years his presence in the Cali cups has been inevitable.

Volikakis was born in Volos (Greece) on March 25, 1988, his specialty is Speed ​​and Keirin, although he has also excelled in Scratch and Points. He won a bronze medal in world championships, four gold medals in European championships and two more in European games.

On August 8, 2005, at the age of 17, he lived the most glorious day of his life, Khristos Volikakis was crowned junior world champion of Keirin by winning the gold medal at the Ferry Dusika velodrome in Vienna (Austria), the medal of silver went to the Polish Rafal Poper and the bronze went to another cyclist who has ridden the Cups in Cali, the German Rene Enders.

Khristos is a member of the Greek Olympic track cycling team, participating in 4 Olympic Games:

In his country he has no rival, to date he has won 17 national titles, 6 sub titles and 1 third place.

Once he arrived in Cali and normalized his schedule, the Greek cyclist was reunited with the wooden track of the Alcides Nieto Patiño velodrome, doing his first training session on Cali ground. 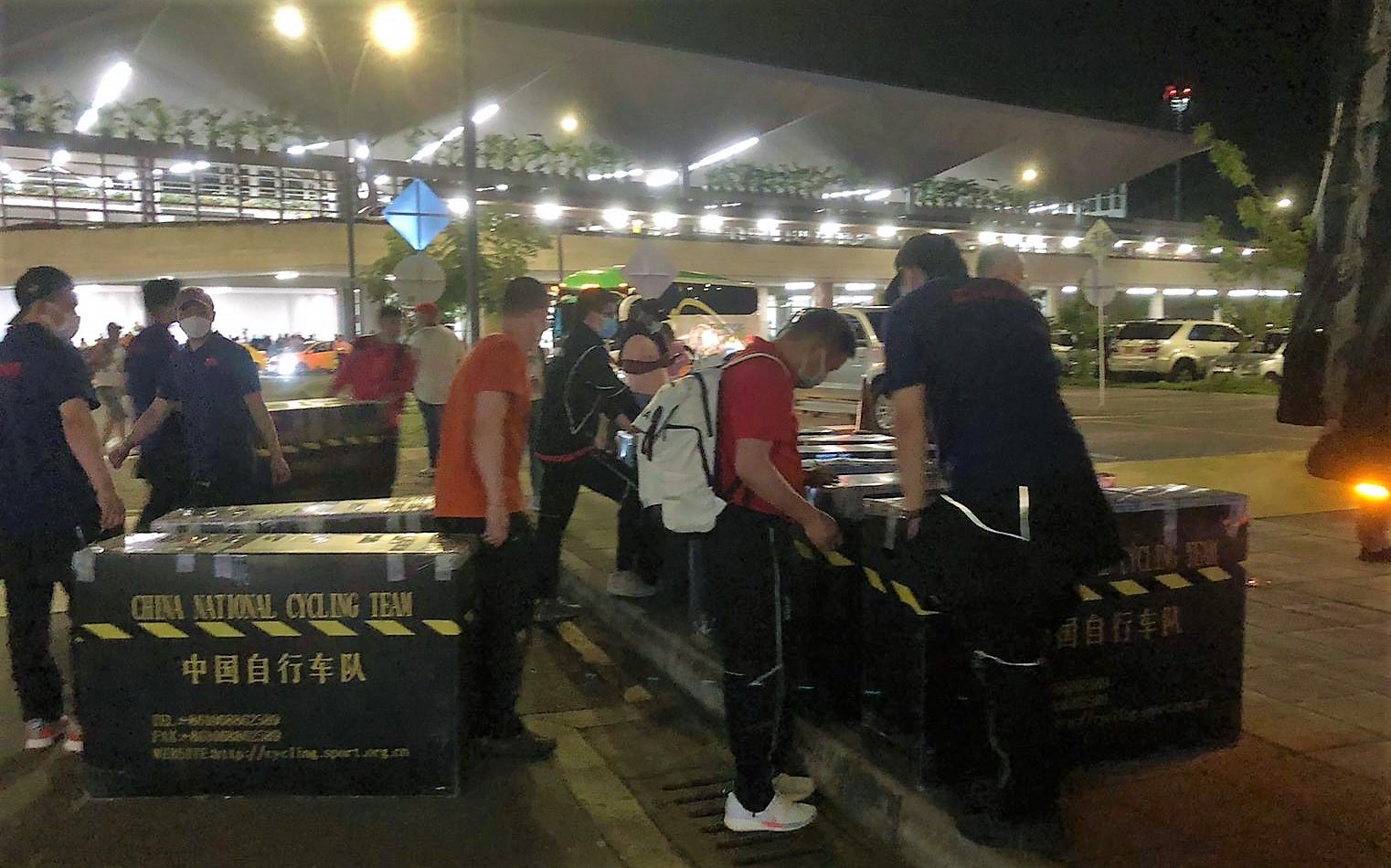 25 people are part of the first group belonging to the Chinese delegation, which arrived in Cali last night. The remaining 22 are expected on Friday for a total of 47 members that make this country the largest team to participate in the UCI TISSOT Cali 2022 Cup of Nations.

The Chinese arrived in Cali with a large part of their luggage, from Toronto (Canada), where they stayed after their participation in the valida held at the Emirates velodrome in the city of Milton in the state of Ontario.

NEXT DELEGATIONS TO ARRIVE IN CALI.

The organization of the UCI TISSOT Cali 2022 Cup of Nations, at the head of its technical and accommodation commissions, has scheduled each arrival of delegations to Cali for the World Cup event.

In that order of arrival in the capital of Valle del Cauca, on Friday, July 1, the Spanish delegation will arrive with a total of 13 people including cyclists, technicians, delegates, and assistants, while on Saturday, July 2, four more delegations will arrive at the Alfonso Bonilla airport. Aragon, where the commission in charge of coordinating the arrivals and displacement to the concentration sites in Cali, await Uzbekistan (18), Mexico (19), the second part of the Chinese delegation (22) and the first 3 people from the Netherlands , current leaders of the UCI TISSOT 2022 Cup of Nations and who arrive with the Olympic speed champion and the Olympic Keirin champion.

The deadline for receiving requests for press accreditation for the Media of Cali, Valle del Cauca and Colombia, has been definitively closed.

The accreditation period for international media will remain open until the start of the event.

Previous Post
18 FINALS WILL BE PLAYED IN THE CALI NATIONALS CUP.
Next Post
PRESENTATION OF THE COLOMBIA SELECTION FOR THE UCI TISSOT CALI 2022 NATIONS CUP.