DEFINED THE SEMIFINALISTS OF THE MEN’S SPEED. 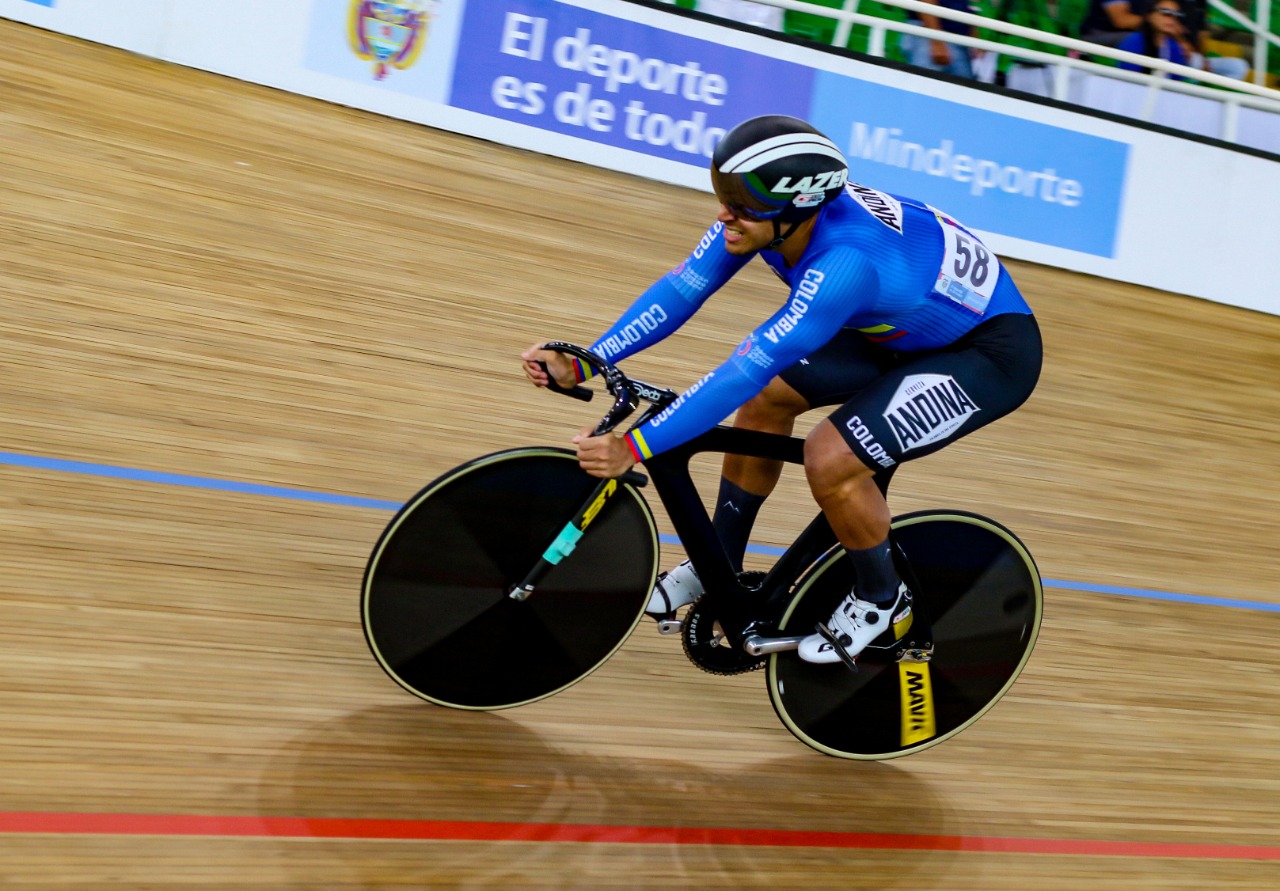 THE DUTCH LAYVRESEN AND HOOGLAND GET INTO THE SEMIFINAL OF THE MEN’S SPEED.

THE COLOMBIAN CRISTIAN ORTEGA IS THE THIRD CLASSIFIED.

IN THE AFTERNOON, 4 GOLD MEDALS WILL BE DISPUTED.

40 of the best sprinters in the world gathered at the UCI TISSOT Cali 2022 Nations Cup, reaffirming on this occasion the remarkable presence of the world cycling elite at the Alcides Nieto Patiño velodrome in the Valle del Cauca capital.

From very early on, names like the stars Lavreysen, Paul, Hoogland and the Colombians Ortega and Ramírez, caught the attention of the public present, due to the times they set at the beginning of the day. The expectation, knowing who came down from the 10-second barrier, taking into account that the most of today looked each other in the face on the track.

And what had to happen happened, the track record for the 200 meters was broken three times; first it was the Colombian Cristian Ortega who placed 9 seconds 704 thousandths, a new record, then it was Nicholas Paul who set a new record on the track with 9,503 and to finish off the show, the world champion was missing who did not clash, Harrie Lavreysen stopped the stopwatches in 9,461, a new record for the Cali track for the distance.

As expected, the Dutch qualified for the speed semifinal, after the eighth and fourth rounds, who qualified, in their respective pairings, are Harrie Lavreysen from the Netherlands and Cristian Ortega from Colombia for the first heat, Nicholas Paul from Trinidad and Tobago and Jeffrey Hoogland from the Netherlands for the second heat.

At 3:00 p.m., the last day of competitions will begin with the 4 finals scheduled for the closing day of the UCI TISSOT Cali 2022 Cup of Nations; Women’s Madison and Keirin, Men’s Omnium and Individual Speed.

Juan Esteban Arango will compete for Colombia in the Omnium. Martha Bayona will participate in the Keirin semifinal. The Colombian couple made up of Serika Gulumá and Mariana Herrera will compete in the Madison.

Before the final day, this is the medal table:

Previous Post
MATHILDE GROSS OF FRANCE BREAK THE RECORD OF THE CALI TRACK, FOR THE 200 METERS LAUNCHED.
Next Post

MATHILDE GROSS OF FRANCE BREAK THE RECORD OF THE CALI TRACK, FOR THE 200 METERS LAUNCHED.
CALI VIBRATED AGAIN WITH THE CUP OF NATIONS ON TRACK
CYCLISTS FROM 21 COUNTRIES AND 2 PROFESSIONAL TEAMS ALREADY TRAIN AT THE CALI TRACK.
Menu