CYCLISTS FROM 21 COUNTRIES AND 2 PROFESSIONAL TEAMS ALREADY TRAIN AT THE CALI TRACK. 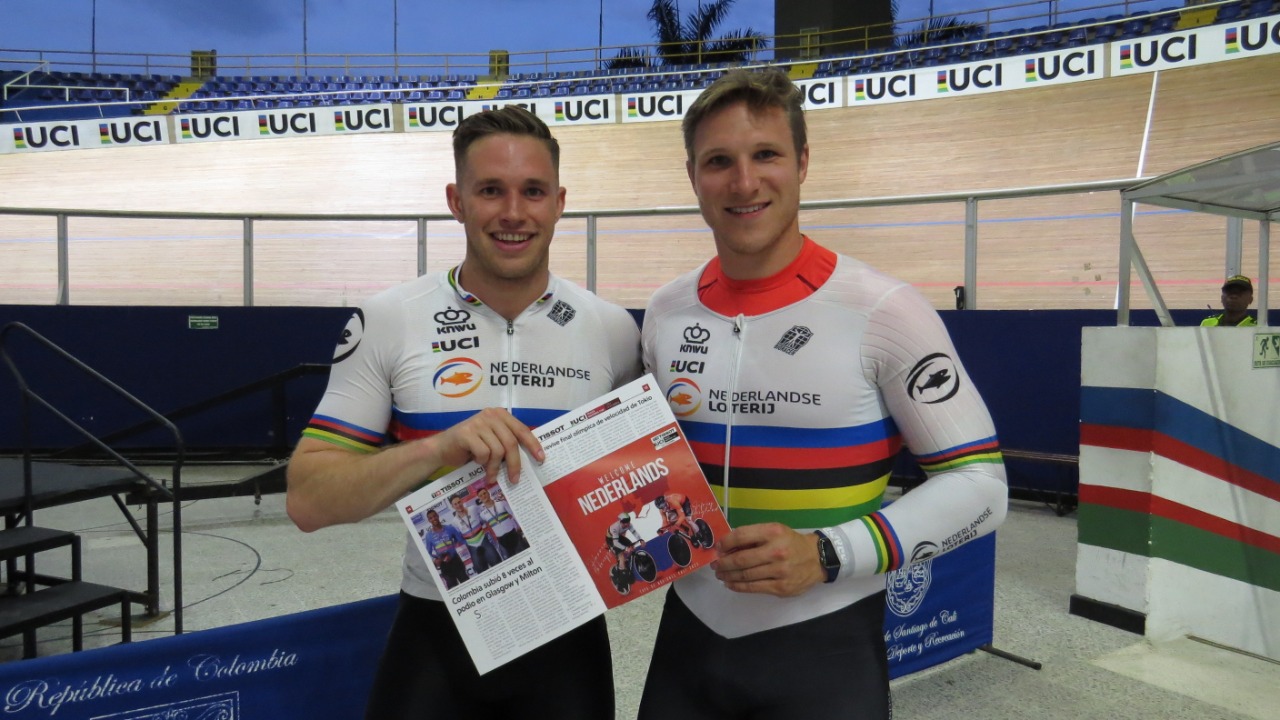 IN THE NEXT HOURS, DELEGATIONS FROM 10 COUNTRIES AND 1 PROFESSIONAL TEAM ARRIVE IN THE CITY.

THE FASTEST ON THE PLANET ARE ALREADY IN CALI.

Two days before the start of the UCI TISSOT Cali 2022 Nations Cup competitions, the cycling party is already beginning to be felt at the Alcides Nieto Patiño Velodrome, where more than half of the delegations and teams have arrived so far who will dispute the last valid of the year.

The delegations and teams that are in our city are already carrying out official training, following the schedule that the organization has established.

Very early he arrived at training, part of the Chinese team, later delegations such as; Mexico, France and Barbados. In the afternoon they trained Venezuela, Greece, Costa Rica, Lithuania, Italy, Canada, United States, Colombia, Spain, Guatemala, Peru, Trinidad and Tobago. In the evening the delegation from the Netherlands trained.

The presence on the Cali track of the two fastest cyclists on the planet, the Dutch Harrie Lavreysen and Jeffrey Hoogland, drew attention. The rainbow shirt was paraded through the Alcides Nieto Patiño.

Jeffrey Hoogland is Olympic champion and world champion of the teams sprint and kilometer champion.

In addition, the last adaptations of the stage are made, to receive this great event in the best conditions.

The Colombian team worked today in two days, in the morning they made the adaptations of the bicycles and training strategy, in the afternoon the reactivation of the runners was sought, both those who came from abroad, and those who competed in Bolivarian Games the previous week, yesterday the Colombian team had a rest day.

For the UCI TISSOT Cali 2022 Nations Cup, the delegations of:

They arrive in the next few hours:

Tomorrow will be the last day of training, facing the emotions that will be experienced from next Thursday on the track in Cali.

The schedule of training sessions for this Wednesday is:

Previous Post
PRESENTATION OF THE COLOMBIA SELECTION FOR THE UCI TISSOT CALI 2022 NATIONS CUP.
Next Post
CALI VIBRATED AGAIN WITH THE CUP OF NATIONS ON TRACK