Colombia participates from this Thursday in the first valid of the UCI TISSOT 2022 Nations Cup in Glasgow (Scotland). 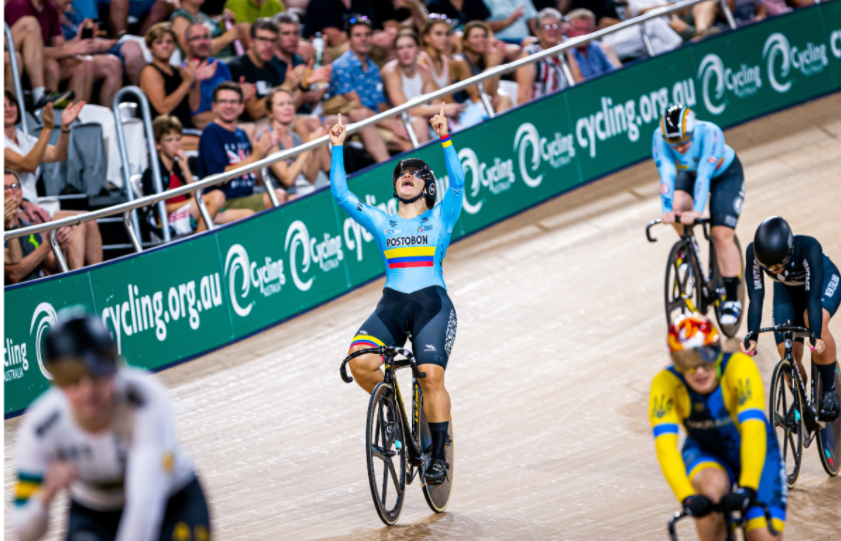 The Sir Cris Hoy velodrome will receive 40 national teams from the 5 continents.

The delegations are complemented by 9 professional teams.

In July, the Cali velodrome will once again open its doors to the best fans on the planet.

This Thursday, April 21, another version of the UCI TISSOT 2022 Nations Cup will begin in Glasgow (Scotland) , valid until Sunday, April 24, with the participation of 384 cyclists who are part of the preliminary list. , which must be confirmed by their federations or professional teams.

The first round of the 2022 UCI TISSOT Nations Cup will be held at the Sir Cris Hoy velodrome, which has a Siberian pine track 250 meters long and 7 meters wide. The velodrome is part of the Emirates Arena, a stage where sporting events of different disciplines and other events of general interest take place.

The first valid of the UCI TISSOT 2022 Nations Cup , will have official training from this Tuesday, on Wednesday the confirmation of registrations and the technical meeting will be held and on Thursday the contest begins.

On the first day of competitions, 4 finals will be played; Men’s and women’s Team Pursuit, and Team Speed, also in both branches.

The organization of the Nations Cup in Glasgow confirmed the presence of cyclists from 40 countries on 5 continents, in addition to 9 professional teams, with an initial number of registered 161 women and 263 men.

The federations that registered their national teams, with the number of cyclists, are:

For its part, the Colombian Cycling Federation, registered 10 of the best racers in the country, among whom are:

Jack Carlin, also British, 10 medals in his international career. Silver and bronze at Tokyo 2020 in team sprint and individual sprint, three silver medals at World Championships, one at European Games, three at European Championships, and one at British Community Games. His delegation partner Sophie Capewell won bronze in the team speed at the 2021 Roubaix World Cup.

At the Pan American Championships in Cochabamba (Bolivia) in 2019, he placed 9 seconds 100 hundredths as a new world record for the 200 meters, lowering the 9.347 that the French Françoise Pervis had set in Aguascalientes (Mexico).

In the 2021 Nations Cup in Cali, Paul broke the track record for the 200 meters by stopping the stopwatches in 9 seconds 660 thousandths, surpassing the record that the Frenchman Pervis also had in 9,742 achieved in the 2014 World Cup that he had as headquarters of the Valle del Cauca capital.

The Colombian Kevin Quintero is the holder of the national mark for the 200 meters with 9,362 achieved in the Pan American Cochabamba (Bolivia).

The German delegation includes the cyclists Mieke Kroeger, Lisa Klein and Franziska Brausse, members of the quartet of the pursuit teams, Olympic champion in Tokyo and who broke the world record three times.

All these figures start the 2022 UCI TISSOT Nations Cup this Thursday , then they will pack their bags to go to Milton (Canada) in May, to disembark in July in Cali, the world capital of track cycling, which will once again open the doors to fans who have traditionally filled the stands of the most famous sports arena in Colombia.

All the information on the UCI TISSOT Cali 2022 Cup of Nations , at: