CALI VIBRATED AGAIN WITH THE CUP OF NATIONS ON TRACK 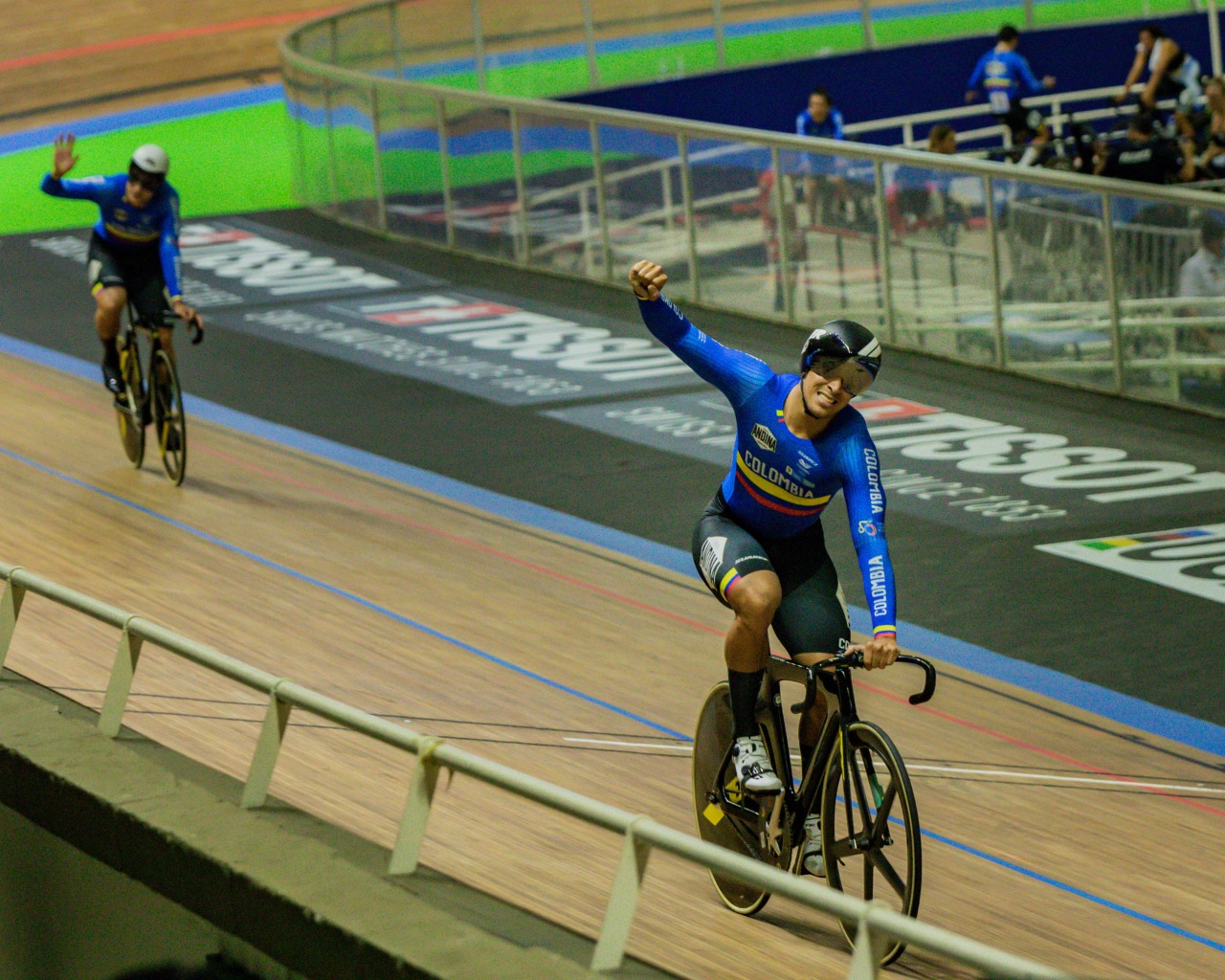 ITALY WAS THROUGH THE ASIAN DOMINANCE BY WINNING A GOLD

COLOMBIA GOT 4 TIMES ON THE PODIUM, ONE SILVER AND THREE BRONZE

The UCI TISSOT Cali 2022 Nations Cup celebrated its first day of competitions and without a doubt the best ingredient was provided by the presence of the public again at the Alcides Nieto Patiño Velodrome, and China as the most successful with 3 golds, followed by Italy with 1 Colombia, meanwhile, obtained 1 silver and 3 bronzes.

The atmosphere was festive, as Caleños characterize it, and that was felt by the riders when looking for the medals, as stated by the beautiful Frenchwoman Mathilde Gross, winner of the bronze in the Team Pursuit.

“I am very happy for this medal and for me the public is fantastic, it is the third time I have been here and it is special all the time. When I’m on the track I feel the public a lot”.

With great joy and her medal on her chest, Mathilde stated that “it is very special to be in Cali, I really like this city. I came earlier for the World Cup and I’m very happy”.

The Colombian National Team won the bronze medal in the Women’s Team Pursuit, the first of the Cali 2022 Nations Cup, at the Alcides Nieto Patiño Velodrome, by overtaking the Hong Kong China team. The national team was made up of Mariana Herrera, Serika Gulumá, Jennifer Sánchez and Camila Valbuena.

The gold medal was taken by China with 4:22.516 minutes, beating New Zealand.

Brayan Gómez, Valle del Cauca cyclist, pointed out that “any place on the podium is something very nice, for me representing Colombia in the Valley has a different flavor, we went out to do our best, we wanted to be in a higher position, but I think we Let’s face it, they have put in a lot of hard work and that’s why they are world and Olympic champions. This time and result bodes very well for the next events”.

Gómez also maintained that “the thanks to the people who came to support us, Cali has always brought that warmth.”

Italy, for its part, responded to its favoritism in this test by beating the tough team from the People’s Republic of China.

Another of the tests that provoked the hubbub of the Cali public that reached the stands of the Alcides Nieto Velodrome was the Women’s Team Speed, in which the gold medal was awarded to the People’s Republic of China (Yufang Guo, Linyin Zhang, Liying Yuan) after beating the strong Netherlands team (Laurine van Riessen, Steffie van der Peet, Shanne Braspennincx) in vibrant definition.

Medal after the first day

Previous Post
CYCLISTS FROM 21 COUNTRIES AND 2 PROFESSIONAL TEAMS ALREADY TRAIN AT THE CALI TRACK.
Next Post
MATHILDE GROSS OF FRANCE BREAK THE RECORD OF THE CALI TRACK, FOR THE 200 METERS LAUNCHED.

DEFINED THE SEMIFINALISTS OF THE MEN’S SPEED.
MATHILDE GROSS OF FRANCE BREAK THE RECORD OF THE CALI TRACK, FOR THE 200 METERS LAUNCHED.
CYCLISTS FROM 21 COUNTRIES AND 2 PROFESSIONAL TEAMS ALREADY TRAIN AT THE CALI TRACK.
Menu