And now the turn is for Cali 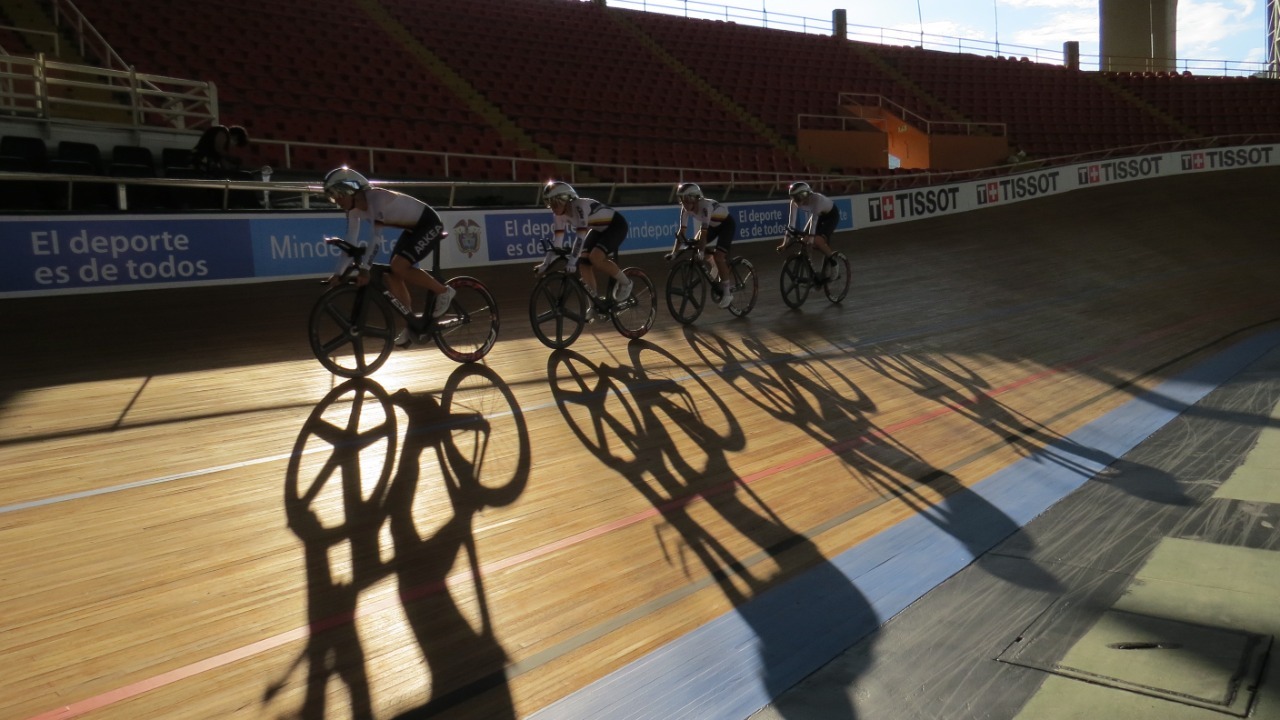 Glasgow (Scotland) and Milton (Canada) passed and the third valid of the UCI TISSOT 2022 Nations Cup is coming, in the Valle del Cauca capital from July 7.

In total, 48 national teams from the five continents and 16

Historically, the Alcides Nieto Patiño velodrome in Cali has prepared its best face to receive the best racers in the world for 27 years, meeting this time at the 2022 UCI TISSOT Nations Cup.

And this season is no exception, from July 7 to 10, several of the current world and Olympic champions are expected to roll along the wooden track of the Caleño stage, looking for the necessary points to qualify for the two great orbital events.

Already, Glasgow and Milton complied, and now it is the turn for Santiago de Cali, which, with its organizational experience, guarantees that no detail is left out, so that the attending delegations take home, as always, the best image of the country and its people .

The different national federations and professional teams are aware of the organizational capacity in the capital of Valle del Cauca, which is why a massive turnout is expected at the valid one in Cali, taking into account that in the two previous valid ones, 48 ​​countries and 16 professional teams.

This is the list of countries and professional teams that attended the valid UCI TISSOT Nations Cup 2022, in Glasgow (Scotland) and Milton (Canada):

Colombia climbed three times to the podium in Milton (Canada).

Continuing with the good performance that was achieved in Glasgow, the Colombian pisteros continued conquering podiums at an international level, this time in Milton there were three medals won by the national delegation; one gold with Kevin Santiago Quintero in the Keirin and two bronze with Martha Bayona (speed) and Santiago Ramírez (kilometer).

Quintero was initially second in the Keirin, but the winner, the British Jack Carlin, was relegated to sixth place, leaving free the top of the podium that he was, in his own right for the Valle del Cauca. Australian Matthew Richardson was silver and German Stephan Botticher, bronze. Also Colombian Santiago Ramírez placed fourth in the test.

Martha Bayona, from Santander, followed by and returned to the podium after her great performance in Glasgow, this time she won a bronze medal in speed, defeating the Ukrainian Olena Starikova. Gold went to five-time world champion and Olympic runner-up Emma Hinze of Germany and silver to Kelsey Mitchell of Canada.

And the third medal corresponded to the sprinter Santiago Ramírez who climbed the podium to claim the bronze medal in the kilometer.

Ramírez was surpassed by the 21-year-old Chinese, Chenxi Xue, who took gold by registering 1:00:754, and by New Zealand’s Nicholas de la Boessiere, who took silver. The Colombian distanced himself from the Chinese cyclist, 351 thousandths.

These are the three podiums of Colombia in Milton (Canada) 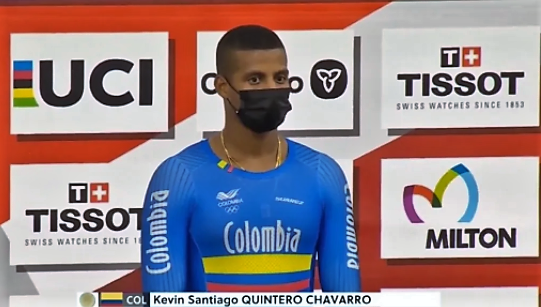 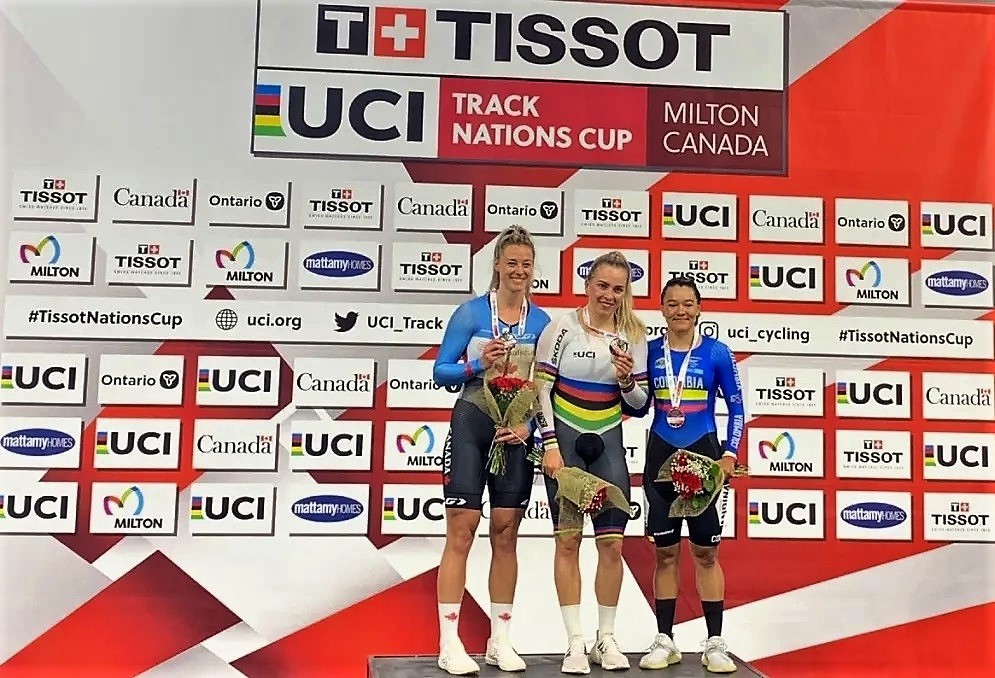 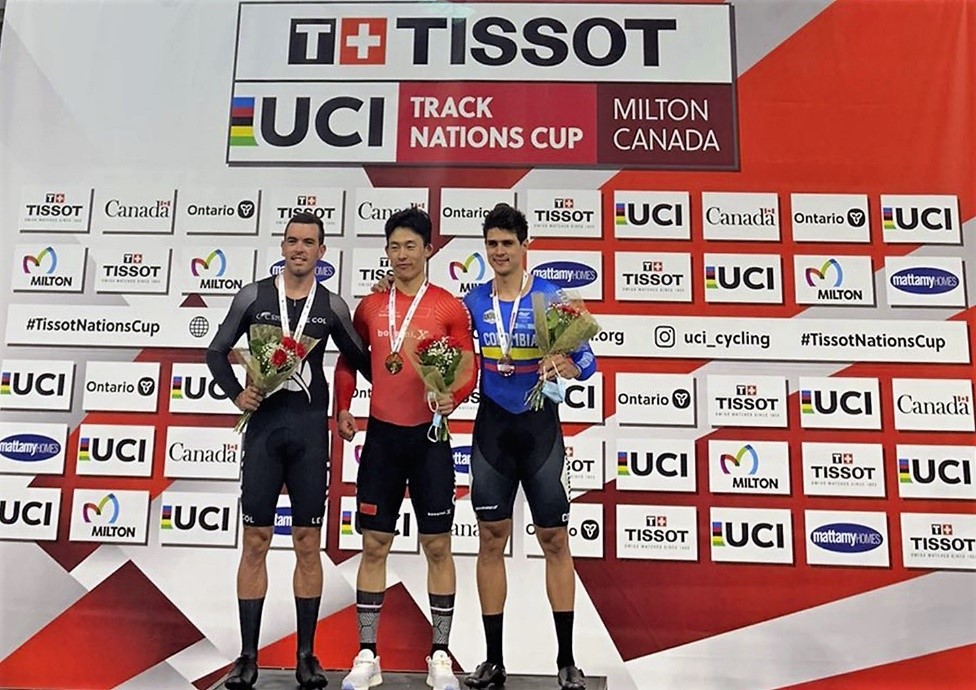 In this way, Colombia has won so far in the two valid UCI TISSOT Nations Cup 2022:

All the information on the UCI TISSOT Cali 2022 Nations Cup, at: