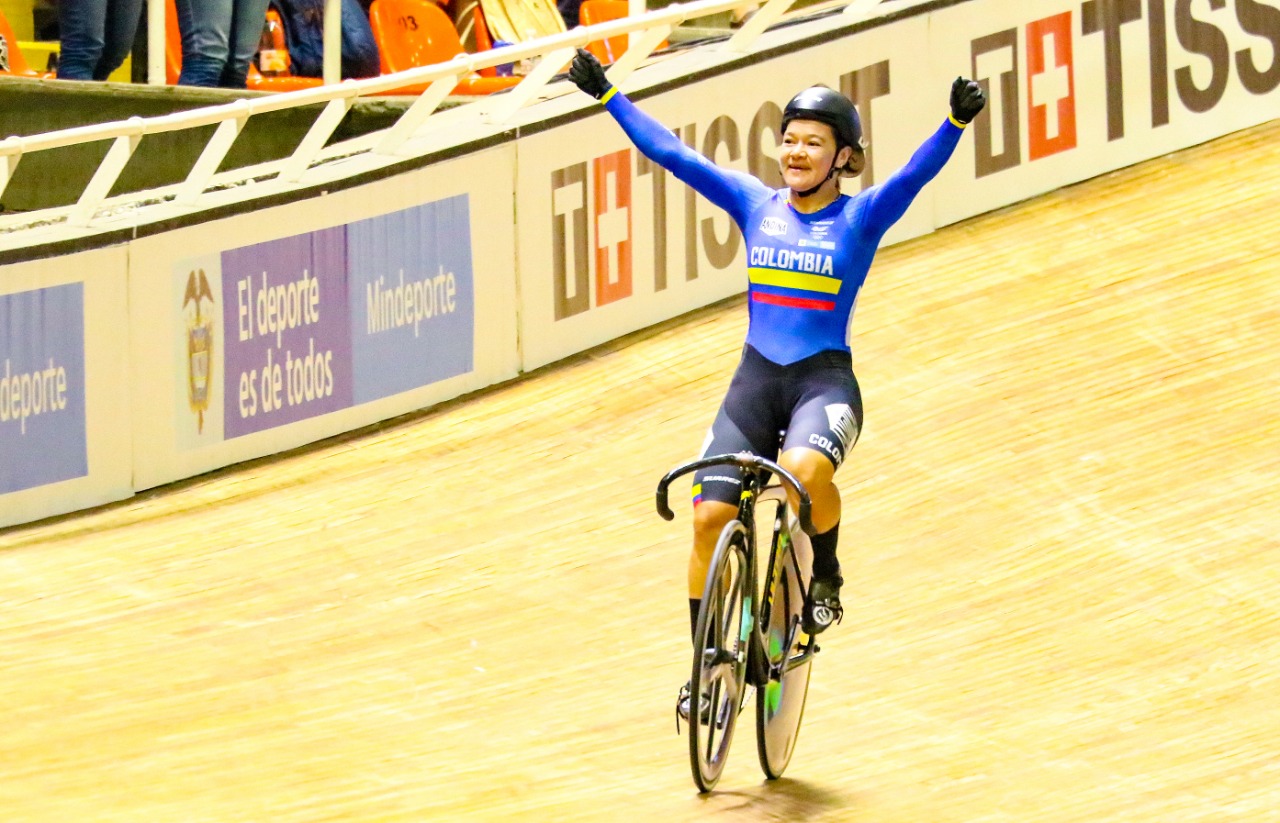 Italy went on to command the medal table, followed by China

It has not been in vain that Cali is considered the best venue for track cycling in the world. Said by the majority of those who come to the ‘Sultana del Valle’, and this Saturday it was confirmed with the victory in the 500-meter race with a stopped start by Martha Bayona, from Santander, who gave the Colombian National Team its first medal in gold at the UCI TISSOT Cali 2022 Nations Cup.

Bayona, image of the poster and the official magazine of the event, had qualified for the final with a time of 33.171 seconds, but closed with the pressure of seeing how the Chinese Yufang Guo and Liying Yuan, as well as the Dutch Hetty van der Wouw and Taky Marie Kouame accommodated themselves with the best figures.

But it was only hearing the name of the Colombian and seeing her figure on the track so that the Alcides Nieto Patiño Velodrome received her with loud applause and enormous positivism that descended from the stands.

And emboldened, Martha ran the first 250 meters in 18.980 seconds and finished off spectacularly with 32.952, 5 thousandths off Guo and 587 thousandths off Yuan, which immediately caused the fans to glee.

“I am very happy to give you this medal from Colombia, for me it is a pride to represent them, I gave everything to the limit, I managed to win very little, but in the end I lost my lens before reaching the line, although that did not prevent me climb to the top of the podium”, said the Santanderean who has been training in Medellin for several years.

He added that “it is a very long process with my coach, John Jaime González, who is the main architect of these achievements, the effort that we dedicate to him with discipline and love, also my family that supports me.” Bayona also appreciated the enthusiasm of the Cali fans when he faltered in the first round.

His time of 32.952 is the unofficial record for the Cali Ciudad Deportiva track. The previous one was held by the German Miryam Welte, imposed in the 2014 Elite World Cup, with 33,451.

Italy is now the owner of the first place in the contest with 4 gold and 3 silver medals; escorted by China with 3-2-3. For its part, Colombia holds 1 gold, 3 silver and 5 bronze.

In another of the finals, the Men’s Individual Pursuit, the Italian Jonathan Milan secured the gold medal with a record time of 4 minutes 05 seconds 373 thousandths, he won gold. It is noteworthy that he not only caught up with his compatriot Davide Plebani, who won silver, but also set a new record on the Cali track. The bronze was achieved by Tingzhuang Cheng with 4:18.932 over the 4:19.608 of the Colombian Juan Manuel Barboza.

“The public is fantastic, Colombia received me very well, everything was fantastic. As for the meaning of the medal, it is a very nice process because I have just been European champion

and ratifying here in a Nations Cup is very important, I offer this medal to those who have shared this process and to the people who came to the velodrome”, said the very emotional Italian.

The American Jennifer Valente ratified her favoritism in the Women’s Omnium and won the gold (137 points), above the Mexican Victoria Velasco, 117-bronze) and the Chinese Jiali Liu (111, bronze). In this test, Caleña Mariana Herrera was eighth (78 units).

This Sunday ends the UCI TISSOT Cali 2022 Cup of Nations at the Alcides Nieto Patiño Velodrome, after three days, the medal table looks like this:

Previous Post
DEFINED THE SEMIFINALISTS OF THE MEN’S SPEED.

DEFINED THE SEMIFINALISTS OF THE MEN’S SPEED.
MATHILDE GROSS OF FRANCE BREAK THE RECORD OF THE CALI TRACK, FOR THE 200 METERS LAUNCHED.
CALI VIBRATED AGAIN WITH THE CUP OF NATIONS ON TRACK
CYCLISTS FROM 21 COUNTRIES AND 2 PROFESSIONAL TEAMS ALREADY TRAIN AT THE CALI TRACK.
Menu